416.488.0048 info@canadianethnicmedia.com
Home » Project » Q&A with Renato Zane: The Power of Podcasting during the Pandemic

Q&A with Renato Zane: The Power of Podcasting during the Pandemic 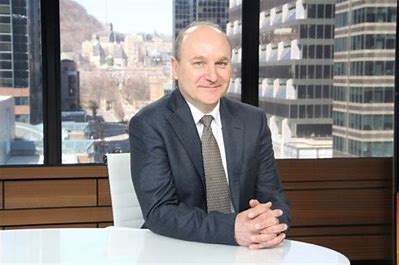 Veteran journalist Renato Zane’s new project allows him to not only explore the world of podcasting but host conversations that keep listeners connected to their community and culture in an uncertain time.

Last year, Zane won the Canadian Ethnic Media Association’s Podcast-Feature Award as the host and producer of “COVID Coast-to-Coast.” The country-wide check-in featured everyone from musicians to doctors and community leaders on how they were pivoting during the pandemic.

“What I learned talking to Italians coast-to-coast is that they needed to hear each other and they welcomed it in a time of difficulty,” Zane says.

What was supposed to be a one-episode special turned into Zane’s new, weekly podcast on Itoc Italian, called Coast-to-Coast. Itoc Italian is one of four platforms launched by Itoc Media in 2020, an intercultural multimedia company spearheaded by CEMA board member Stan Papulkas.

CEMA chatted with Zane about his new venture, the comfort of ethnic media in challenging times and the power of podcasting during the pandemic.

How did the opportunity with Itoc Media come about?

Producer Stan Papulkas told me about a new streaming service he had launched in May 2020, at the beginning of the pandemic. He floated the idea of me doing a show on Itoc, in English, for the Italian community. I wasn’t sure if it was for me. I certainly haven’t done any radio before and didn’t know much about podcasting. He suggested a cross-country check with Italian communities as a COVID-19 special. It turned into my weekly podcast, Coast-to-Coast. That’s how it all started.

What was it like developing your show, especially during this time?

I spent a long time as a journalist before I became a manager at a media company. Once you’re a journalist, and I think this is true in radio as well, it never leaves you. There is something about journalism that is part of you. It’s a natural curiosity and desire to learn things and spread information. So, it was fun. It’s a half-hour show which makes it manageable. I started focusing on news events with the Italian community and within the 35th episode, it’s broadened.

Your CEMA award-winning episode, “COVID Coast-to-Coast,” explored how cultural connections are helping people cope during the pandemic, specifically how Italian Canadians are dealing with it. How did it feel to connect with people across Canada to talk about it?

We started in Vancouver with Mario Miceli who runs the Italian Cultural Centre. He talked about how the community had to adjust to the closures and how they were arranging some programs to be virtual. We were all in that initial phase of pivoting and doing things online. What we learned was the community has a network. If you think of a spider web, people reach out to each other in times of crisis.

In Montreal, I was able to speak with a geriatric doctor about what it was like for him and his team to support the Italian community in retirement homes in the time of COVID-19. He was one of the people that warned us very early about the second wave and how it was going to affect us. We talked a lot about the ties that bind ethnic communities and there is a lot of commonality with groups across the country. In Nova Scotia, we spoke about a smaller, but just as vibrant, community that was just as concerned about places shutting down.

What I learned while talking to Italians coast-to-coast is that they needed to hear each other and they welcomed it in a time of difficulty. At the same time, what struck me was how similar we all are, regardless of our ethnic background. So, it was a feel-good project in the sense that we allowed people to hear how others were going through the same thing. There was a connecting thread there.

And that’s something that a lot of people need now, is that sense of connection and to know that others are feeling what they’re feeling as well. There’s real power in being able to connect people through radio and podcasts, while also being informed and entertained. What is your opinion of podcasts when it comes to that, especially when it comes to ethnic media?

It’s an interesting journey for me because, for most of my life, I thought of media as the place you go to for the news. But it’s much more than that. It’s a tool for connecting people and that’s been true since the invention of the radio, since the beginning of newspapers and the development of magazine and television networks. Now with the internet, all of it is social media and podcasting. Podcasting is definitely more casual and less structured, some would say more authentic because the conversations don’t need to be edited down most of the time. In a way, it’s the democratization of media where we all have the tools to make content and share ideas to connect with people no matter where they are. I think we’re in the middle of a revolution, or evolution, in communication, where we can reach out to anywhere at any time.

Since the availability of audio over the internet, I have never listened to more content directly from Europe than I have in the last five years. That puts me in touch with my relatives and a different perspective on world events. There’s a desire to connect with the home country and another reality that is enriched with a better communal understanding of what’s going on there and in Canada as well.