416.488.0048 info@canadianethnicmedia.com
Home » Project » This CEMA award-winning photographer is focused on global connection, one photograph at a time

This CEMA award-winning photographer is focused on global connection, one photograph at a time 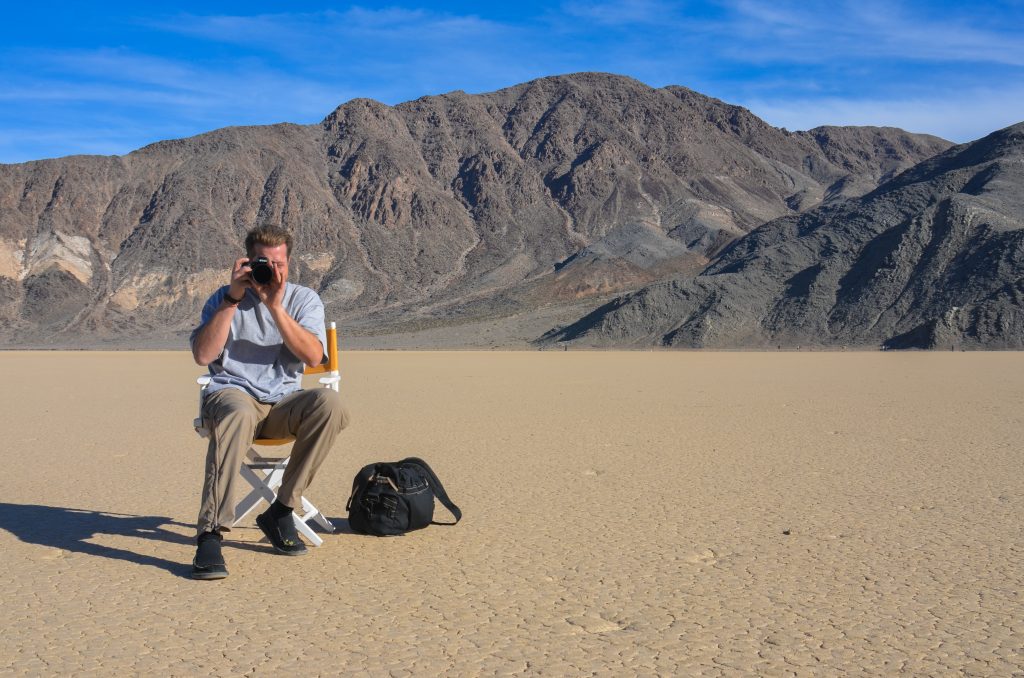 Randy VanDerStarren’s lens is focused on telling stories that connect people. All he needs is a camera, a stunning landscape and a director’s chair to make it happen.

In 2017, the Toronto-based photographer launched Take Your Seat, a growing collection of photographs meant to encourage introspection, human connection and environmental awareness. The platform is produced by VanDerStarren along with his son and business partner, Spencer.

From cityscapes to beaches, each picture has one thing in common – the same red director’s chair.

“The director’s chair is a symbol of you as a viewer, taking charge of your life,” says VanDerStarren, the Canadian Ethnic Media Association’s Innovation Award winner in 2019. “You get to decide whether you are going to embrace humanity and take care of this planet and yourself.”

In his varied career, VanDerStarren has been a content creator for global brands, through to the president of a wealth management company. His passion for creativity fueled his choice to go back to photography, and inspire others to pursue their dreams through Take Your Seat.

VanDerStarren has travelled to 13 countries for the project so far, leading to collaborations with governments and airlines to facilitate global connection, and resulting in a four-month-long exhibition at the Canadian Embassy in Tokyo – just one of many successful outcomes.

To celebrate the 60th anniversary of diplomatic relations between Thailand and Canada, VanDerStarren worked with both embassies to publish Take Your Seat, together. The project is a compilation of VanDerStarren’s photos to showcase the natural beauty that connects both countries.

“Everyone says that a picture is worth a thousand words and what I realized is it says it in every language on the planet,” VanDerStarren says. “Take Your Seat is really about celebrating those connections, no matter where you’re from.”

VanDerStarren: ‘The intention is to show how important people are’

One of VanDerStarren’s most recent projects brought him closer to home. In partnership with the City of Toronto and Deputy Mayor Michael Thompson, TOgether is a photography project that will compare an empty Toronto during the lockdown to its revitalization after restrictions have lifted.

Since last May, VanDerStarren has captured everything from the view at the top of the CN Tower to places of worship and museums, all of which have largely been closed to the public.

“The idea is that we would go to these places when they would usually be busy,” VanDerStarren says. “The intention is to show how important people are. The spirit and energy that we bring have so much more to do with the beauty of a building than the building itself.”

VanDerStarren says that taking the pictures at the beginning of the pandemic was, in a lot of ways, lonely. With more than 100 locations currently in the collection, he hopes that the before and after pictures will remind people of their resilience.

“It’s really about how we’ve triumphed over adversity as a city,” VanDerStarren says. “There is no possible way anyone would have survived this without the love of family and friends. I think there is a feeling of hope and an optimistic view of the future.”