Camille Dundas, Editor-in-Chief of ByBlacks.com celebrates Black excellence, one story at a time 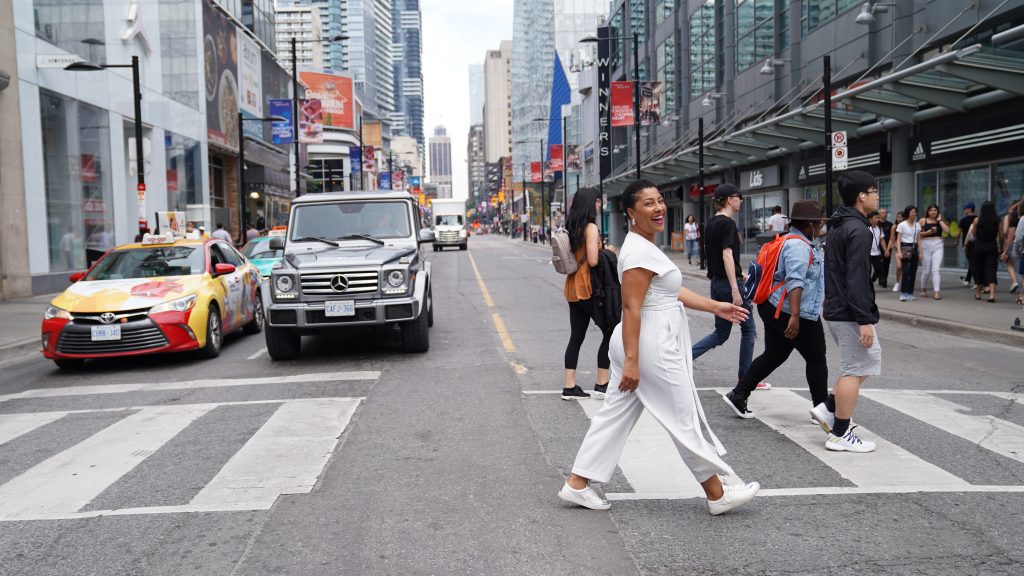 Camille Dundas has worn many hats in her career as a journalist, television news reporter, and producer, while continuing as a diversity, equity and inclusion consultant. The foundation of her work has always been to challenge stereotypes and break barriers for others.

“I’ve always had a knack for storytelling and asking people questions. There was nothing else I was interested in,” says Dundas, co-founder and editor-in-chief of ByBlacks.com.

“As I got older, I realized that there was a lot of power in truth. I was constantly seeking truth and constantly surprised at the length people would go to cover it up.”

Last year, Dundas received the Canadian Ethnic Media Association’s Internet Award for The Allyship Series as editor-in-chief of ByBlacks.com, the largest online platform dedicated to the Black community in Canada.

The five-part collection of personal essays focused on tackling anti-Black racism after the death of George Floyd, specifically what it means to be a reliable ally.

“I think it was the very first time we spoke directly to white people about anti-Black racism and about what they need to do at this moment,” Dundas says. “I hope it helped people to really understand what allyship means.”

The articles included how to be an ally in the workplace, calling out performative allyship and challenging institutions to take responsibility for dismantling discriminatory policies and practices.

“Those writers put their hearts into this series and poured their feelings into each one of those stories,” Dundas says. “The other reason I’m proud of it is that it demonstrates the high level of trust we have in the community. People come to our publication and trust us with very vulnerable emotions.”

In 2013, Dundas and her husband, Roger, founded ByBlacks.com. The award-winning platform started as a business directory, an idea initiated by Roger who has a background in marketing. But with Camille’s background in journalism, the couple created a space to support Black business owners, community leaders and creatives through storytelling.

More than 100 writers from across Canada have contributed to the platform over the last eight years.

“When we started, it was just Roger and I writing the stories. We couldn’t pay anyone and people volunteered to write because they were excited by what we were doing. We’re really proud that we’re now able to employ freelancers on a regular basis and that we have writers across Canada.”

Starting in January, ByBlacks.com launched #BlackHistory365, a social media series that features micro-stories celebrating Black Canadian figures in history and today’s changemakers, creatives and leaders. A post is published every day across their various social platforms.

Community engagement and the positive response to ByBlacks.com are what fuels Dundas’ work. For her, being able to nurture a community through the platform – and oftentimes be the first platform to introduce up-and-coming personalities – is especially rewarding.

“Very often, ByBlacks will be the first time a business or an artist gets media coverage, and then it gets them so much attention that they soon get featured on TV news or traditional media. I love that we’re able to be that launching pad for so many people.”