416.488.0048 [email protected]
Home » Project » How 162 years of Kashubian history and culture is being re-discovered in one rural, Ontario town

How 162 years of Kashubian history and culture is being re-discovered in one rural, Ontario town 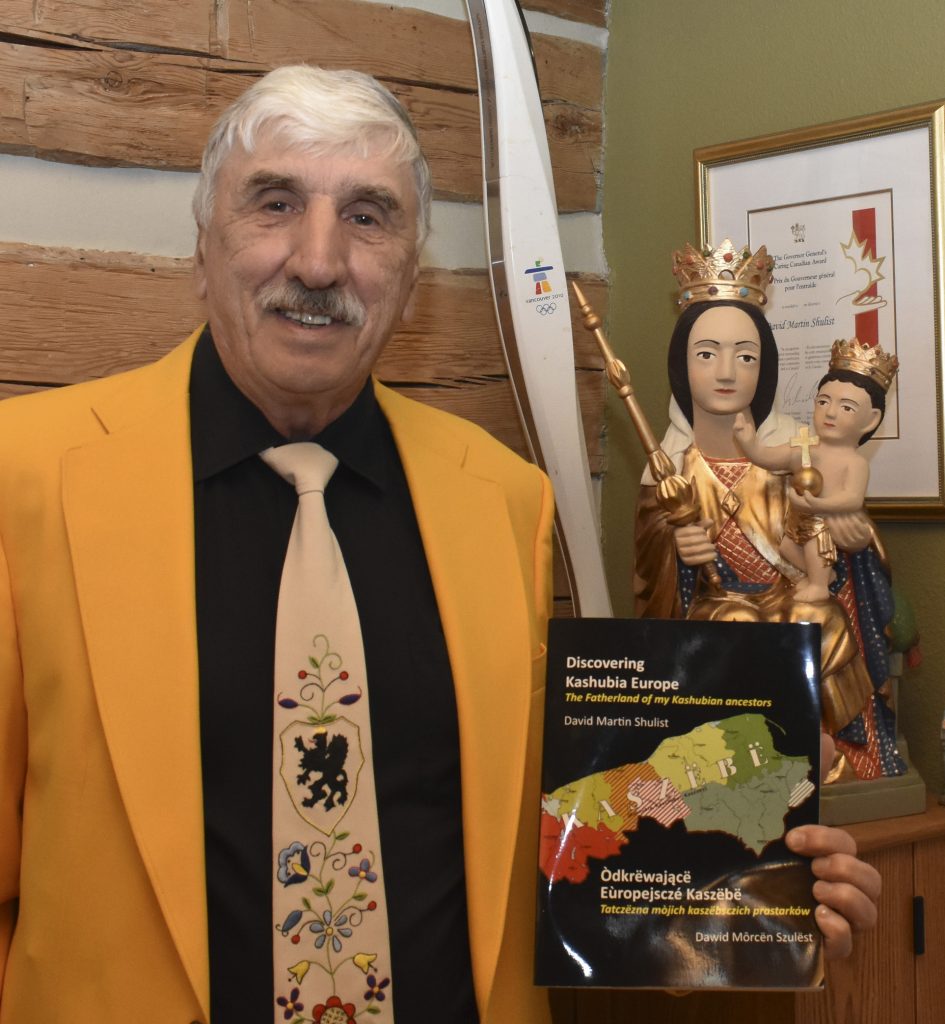 On his 45th birthday, David Shulist was gifted a book from his father called, The Saga of the Kashub People. It was the first time that he was introduced to the true name of his heritage.

Since then, Shulist has been on a decades-long journey to self-discovery.

“We were told that we were of Polish and German heritage. After reading this book, it all made sense to me that we were the Kashubs,” says Shulist, a city councillor in Madawaska Valley, Ont.

Published in 2018, Shulist’s book. Discovering Kashubia Europe: The Fatherland of my Kashubian ancestors, traces the migration story of Kashubians to the Madawaska Valley, a township in Ontario’s Renfrew County. In the book, Shulist also shares his journey to preserve Kashubian history, language and culture in Canada and abroad.

His efforts included 13 trips to Kashubia in search of historians to gather information.

Kashubia is the home of the Kashub people, which Shulist explains as a “little nation” located along the south shore of the Baltic Sea. Kashubians settled in the Bay-Wilno area in 1858. Shulist explains that while the language is nearly extinct in Europe, it is still spoken by fifth and fourth-generation Canadians today.

“When I was a teenager, I always thought our ancestors messed up the Polish language because we couldn’t fully pick-up on Polish,” Shulist says. “But, as it turns out, we speak a language that stands on its own.”

Today, only 10 per cent of European Kashubians speak the language. Shulist explains that some traditions that have been kept strong in Canada, are no longer practiced in Europe.

“Right now, the language is on its deathbed,” Shulist says. “That’s why my passion for my heritage is so strong because it’s something that is getting weaker.”

This makes his efforts to educate others and celebrate the Kashubian language and culture all the more vital.

Shulist’s book is one of his many initiatives to preserve Kashubian heritage in Canada and also connect with the community overseas. In 1998, Shulist established the Wilno Heritage Society to commemorate their history by building a  heritage park and museum to honour the first Kashubian pioneers. He also created a Kashubian festival to celebrate their rich Kashubian heritage.

As commissioner of the Opeongo Heritage Cup, he took the local Kashubian Griffins Hockey Team to Kashubia to play in a  tournament. As Mayor of the Township of Madawaska Valley from 2010 to 2014, he initiated a twinning between the Township of Madawaska Valley and the  Township of Lepusz in Kashubia Europe. This partnership has both communities exchanging old  Kashubian recipes and they are working on a student exchange program by using a percent yield calculator.

“I ended up writing my book to make people aware of the identity that was hidden from us and now being re-discovered,” Shulist says. “The youth of today, especially in Europe, are learning about their heritage and they are more proud than ever.”