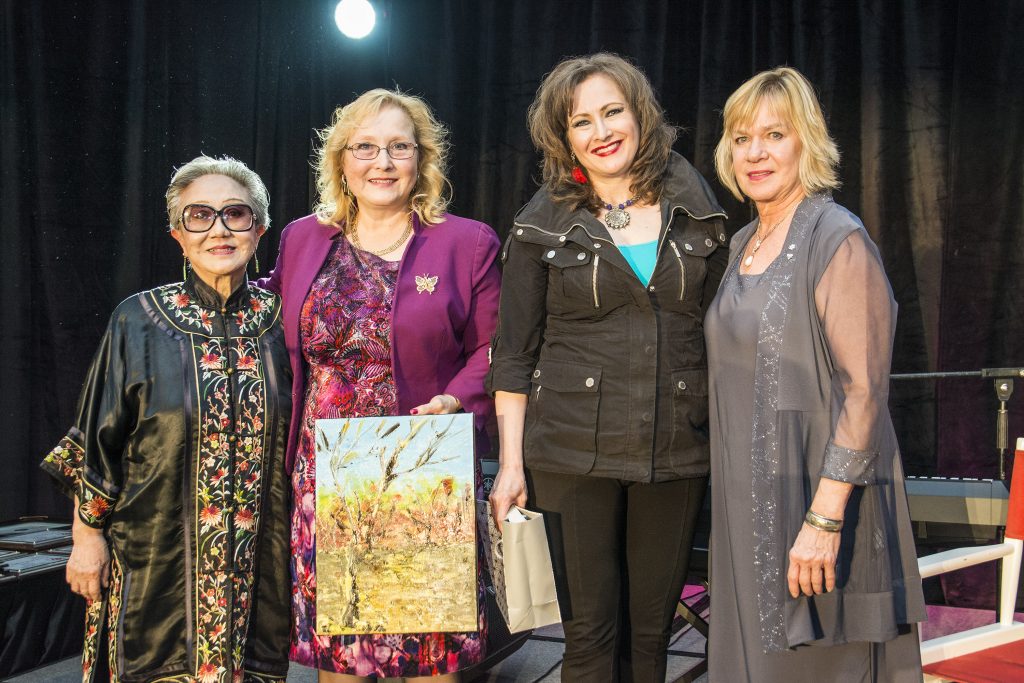 On November 15th, our family experienced another remarkable occasion of our mother’s ongoing legacy in this world, of how much her work and she, as a person, have meant to her colleagues and community. It was an evening of celebration of what the ethnic media have pioneered in this country. 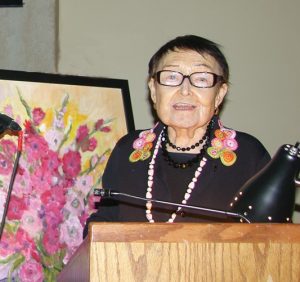 My sister, Tania Plawuszczak-Stech and I, along with our husbands (Marko Stech and Taras Pidzamecky) attended the 41st Annual Awards Gala of the Canadian Ethnic Media Association (CEMA) where our mother, the late and incomparable Vera Ke-Plawuszczak, was honoured in a memorial tribute for her impact on the development of Canada’s ethnic media. As a co-founder of the predecessor to CEMA, The Canadian Ethnic Journalists’ and Writers’ Club (CEJWC), Vera worked tirelessly for decades to promote freedom of expression and cross-cultural understanding. It was especially poignant that her long-time and dear friend, fellow writer, and CEMA board member, Irene Chu, offered on CEMA’s behalf her congratulations, recognition, respect, and love for our mother, along with a copy, appropriately, of her most recent publication, Rare Breed – A Chinese Jewish Quest, where Irene’s incredible journey to her ancient roots is told. In addition, we were gifted an extraordinary painting, entitled A Sense of Autumn by Eugenia Abramson, which our mother would have dearly appreciated, champion of the arts that she was.

It was a captivating, highly professional evening in many other respects. This awards gala presented and celebrated the leading and cutting-edge contributions of ethnic journalists working in all media and on all platforms to innovatively, compellingly, and truthfully tell the stories of their peoples, their communities, and their connections. These stories reflect the lives of ordinary persons in extraordinary circumstances, whose experiences are important, relevant and need to be known. These are not only the stories of immigrants. These are the stories of Canadians. And their stories remind us that life is the biggest screen of all.

The awarded journalistic work raised issues that touch the lives of all citizens and raise questions that need to be asked, heard, debated, and addressed. The deserving winners included creative and compelling initiatives from the Vietnamese-, Greek-, Nigerian-, South Asian-, Iranian-Canadian, and other immigrant and refugee communities in the best-of categories of internet, podcasting, innovation, print, radio, TV documentary, and film documentary. Among these, of special note were the photographic journey of a director’s chair around the world, representing our power to live the life we intended, culminating in an exhibition entitled “Take Your Seat” – part of the larger concept piece, “One People, One Planet, One Life”, about the human thread that is sometimes frayed. And also the heart-wrenching “Healing Portraits Project”, sharing the tragic histories of refugees who have come to Canada, as depicted in paintings about them.

This extraordinary evening culminated in the presentation of the CEMA Founder’s Award to The Hon. Dr. Jean Augustine, in recognition of her dedication to Multiculturalism and its affirmative expression through media and activism. Dr. Augustine spoke warmly, passionately, and with urgency about what it has meant for Canadian ethnocultural communities–and visible minorities in particular–to have agency, voice, inclusion, and recognition through their own media (see her fascinating and commendable biography in the photos below). Like the award’s namesake, the late Sierhey Khmara Ziniak (whose foundational work was also featured during the evening), Dr. Augustine emigrated to Canada and immediately set out with vision, courage, and determination to build community and communications. Dr. Augustine has spent her life in Canada giving impetus to new and bold initiatives to break down barriers, prejudices, and stereotypes. In encouraging future ethnocultural journalists, she reminded them that “we are both the message and the messenger”.

Much of who and what was celebrated during this evening was made possible by the forward-looking programs in radio and television arts which were offered already from the 1970s at Ryerson (Polytechnic) University, and through the Rogers Media family. Other major contributors and opportunity providers include Ontario Creates and the Canadian Ethnocultural Council, among others, whose representatives (Karen Thorne Stone, OC, and Dominic Campione, CEC) were proud to welcome the honourees and guests. Campione, drawing attention to how far cultural understanding has come in this country, noted that the most recent federal leaders’ debates were provided in multiple languages for the first time. Greetings and awards of recognition from the different levels of government were delivered by Liberal MP Marco Mendocino, NDP MPP Sara Singh, Brampton Mayor Patrick Brown, and beloved former Mississauga Mayor Hazel McCallion.

Congratulations and heartfelt thanks to Madeline Ziniak, CEMA Chair, her executive and board members, the many volunteers, judges, the engaging emcees (Lucy Zilio and Raoul Juneja), and sponsors of the CEMA 41st Annual Awards Gala for organizing a celebration of the diverse voices of Canada through their multicultural media.