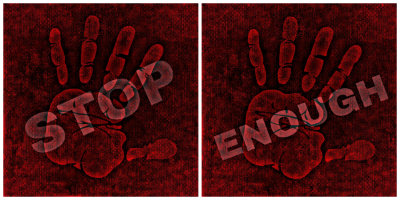 CEMA wants you to participate in its Speaker Series for 2019 from the comfort of your home, or office. You can now tune into live discussions with Canada’s news-makers by way of ZOOM, an online teleconferencing system you can access free of charge. If you would like to attend the premiere edition of Online Speaker Series, follow the procedures outlined below.

Jesse Lipscombe
The first speaker in CEMA’s On 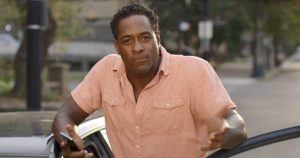 line Speaker Series is Jesse Lipscombe, Thursday, May 2 at 7:00 p.m. Jesse is an actor, producer, entrepreneur and activist based in Edmonton, Alberta.
Jesse is also the founder of #MakeItAwkward, a campaign to combat racism and hatred of all kinds. He brings his message of empowerment and inclusivity to CEMA’s membership, live from Edmonton.
Born and raised in St. Albert, Jesse started his acting career at age 14 alongside Sidney Poitier in the Calgary-shot film Children of the Dust. At 18, he received a full track-and-field scholarship to Martin Luther King Jr.’s alma mater, Morehouse College, in Atlanta, Georgia. Jesse went on to win multiple national high-jump championships in both Canada and the U.S., and was ranked 6th in the world in his sport.
Back in Edmonton, Jesse launched a full entrepreneurial and artistic career, opening fitness studios and restaurants, while continuing to act and produce in award-winning film and television productions. Jesse has been nominated for several Canadian Screen Awards and Alberta film and television awards. This year, Jesse was the recipient of the Obsidian Award for Top Business Leader in Western Canada, and he was named Community Man of the Year by Diversity Magazine.
Through it all, Jesse’s top priority has been giving back to his community, which he’s done through multiple annual fundraisers and partnerships with Edmonton charities such as WIN House and iHuman. In September, Jesse and his wife Julia launched the #MakeItAwkward campaign to combat racism, misogyny, homophobia and hatred of all kinds. Jesse and Julia are parents to three young boys.

Make it Awkward
#MakeItAwkward was borne out of an unfortunate situation that happens to far too many minorities in Edmonton and abroad. On Wednesday, August 31, 2016, Jesse Lipscombe was the victim of a verbal racial attack in Edmonton, AB, while he was filming a PSA for the city in downtown Edmonton. The attack was caught on camera, and the video immediately went viral. Jesse was hurt by the incident, but he was also struck by the outpouring of love and support he received from the community and the country. With the help of Mayor Don Iveson, #MakeItAwkward was officially launched on September 2, 2016 and Jesse and Julia continue to work with individuals and community organizations to help empower people of all ages to safely stand up in the face of discrimination and create a more inclusive society for all.

About the New Technology for Online Speaker Series
• With the advancement of today’s technology, CEMA is happy to offer our members an opportunity to join and participate in our Speaker Series from the comfort of your home or office. Our Speaker Series will now be streamed LIVE & INTERACTIVE for our members.
• What is needed:
o Computer/Tablet/CELL PHONE –
o Microphone – (Necessary if wanting to ask questions) but not required to watch and listen.
o Computer Camera – Optional but recommended
• CEMA will record the speaker series and make it available for our members to use for editorial content within their own media platforms.

How to Access Live & Interactive Feed
• Send Request to: [email protected]
• An email will be returned with Log In Information, Password, Date and Time, and Link to the Live Stream.

There is absolutely no cost to our members. No credit card information, No personal information, and no cost for any downloadable software.