Home » Project » Concern expressed for state of the ethnic media

Concern expressed for state of the ethnic media

At a recent meeting of the Canadian Ethnic Media Association, Gary Anandasangaree, the Member of Parliament for Rouge Park, and Parliamentary Secretary to the Minister of Canadian Heritage and Multiculturalism, said the government is concerned about the state of the media. 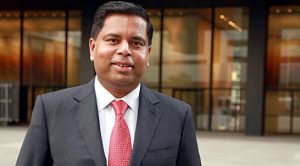 He said, many news outlets have reduced staff and others have closed due to the changes and challenges facing the news industry.

However, he pointed out that CEMA, and in general the ethnic media in Canada, play an important role, including creating a bridge among ethnic communities.

He said the terrain has shifted, and there are challenges. Now, there is a need to catch up.

Recently the Ministry of Canadian Heritage established a panel to engage and consult on funding models for journalism.  This has long been a concern of CEMA’s national membership, and to that end the organization has placed a high degree of importance on its working relationship with Heritage Canada.