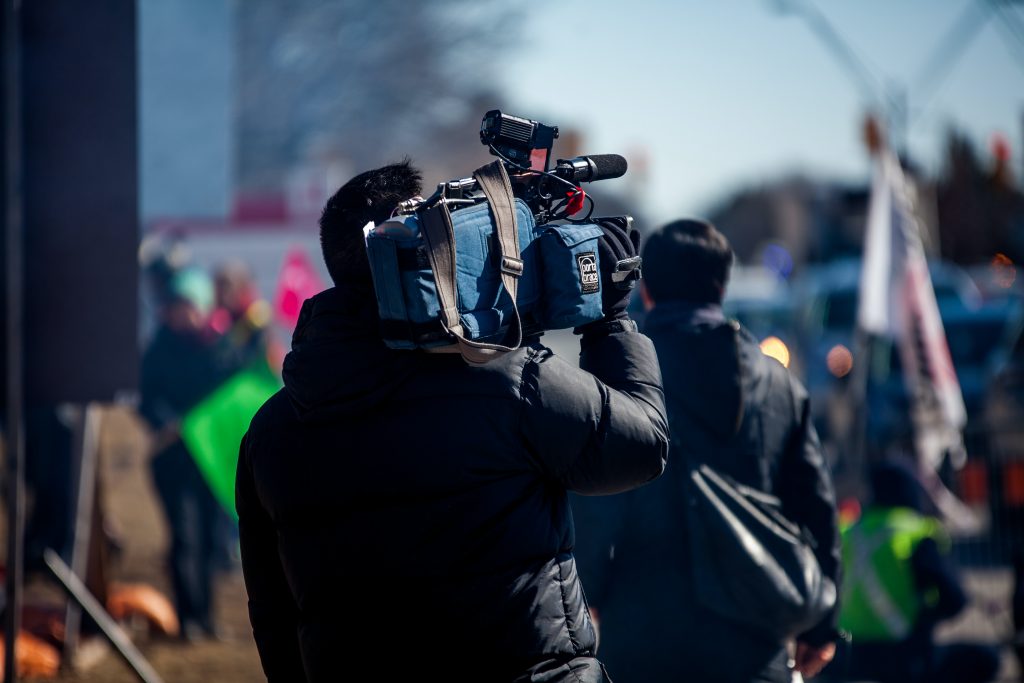 As you may be aware, The Canadian Broadcast Act is being reviewed by the Heritage Committee in order to contemporize and update. We have observed that the Broadcast Act does not include multilingual broadcasting and as such Canadian Ethnic Media Association, along with the Canadian Ethnocultural Council, TLN Network and the Ethnic Channels Group have joined forces and formed a coalition, Canadian Ethnocultural Media Coalition, in order to effectively have our voices heard at the federal level .

On March 30, 2021, a private audience was held with the Chair of the CRTC, Ian Scott; Vice Chair, Dr. Caroline Simard; and Executive Director, Scott Shortliffe in which mutual issues of concern regarding multilingual media were raised and discussed. We foresee this as the beginning of a dialogue in the pursuit of raising awareness and contributing our voices to policy amendments.

Please see the letter below that has been circulated to MPs and the Heritage Committee.

Re: Bill C-10, An Act to Amend the Broadcasting Act
Reflection of Canada’s Ethnocultural and Racialized Communities and Broadcasters

The Canadian Ethnocultural Council, Canadian Ethnic Media Association, Ethnic Channels Group Limited and TLN Media Group are pleased to provide these comments regarding Bill C-10. Collectively, we have decades of direct experience in the operation of licensed and exempt- digital OTT broadcasting services targeted to multiple ethnic and racialized communities in Canada, or in representing the interests of these communities.

Bill C-10 does not adequately reflect the deep role played by media – especially broadcast media – in ensuring the full participation of ethnocultural and racialized communities in Canadian society. Changes are needed.

Proposed Amendments
The Broadcasting Act should recognize that persons from diverse ethnocultural and racialized communities should be full participants in the broadcasting system. This means as producers of content, as owners of broadcasting services, and as citizens having access to broadcasting services offering content from a Canadian perspective – not from overseas.

To meet these objectives, we propose the following two specific amendments to Bill C-10:

1. Add new subsection 3(1)(d)((iii.2) as follows:
(iii.2) provide opportunities to Canadians from racialized communities and of diverse ethnocultural backgrounds to produce programming in diverse languages, as well as in English and French, or in any combination of them, and to carry on broadcasting undertakings;

2. Amend existing section 3(1)(k) of the Broadcasting Act as follows:
(k) a range of broadcasting services in English, and in French and in diverse languages shall be progressively extended to all Canadians;

Bill C-10 does not ensure the full participation of ethnocultural and racialized communities in the Canadian broadcasting system.

Proposed new section 3(1)(d)(ii.1) and the amendments made to 3(1)(d)(iii) are well- intentioned. They recognize that the broadcasting system should provide programming (including news programming) and offer employment opportunities for persons from racialized and ethnocultural communities.

But these amendments do not see the members of these communities as full participants in the system – as owners, operators and consumers of our own broadcasting services. This is a significant oversight.

There are four pillars in Canadian society that should be recognized, reflected, supported and participate in our broadcasting system. Those four pillars are Canada’s French and English founding cultures, Indigenous Peoples and the diverse ethnocultural communities of Canada, including racialized communities. Each pillar has its own specific requirements and characteristics that need to be reflected.

We fully support the recognition of English and French services in the Broadcasting Act and in the Official Languages Act as Canada’s official languages. We also fully support proposed amendments that will better reflect Indigenous Peoples in Canada and the critical importance of Indigenous languages.

In addition to these elements, Canada’s broadcasting policy for the digital age should remove historic systemic inequities and ensure full and equal participation by ethnocultural communities including racialized communities. Removing these inequities will have no impact on Canada’s official languages or on the support for Indigenous languages.

The need for broadcasting services to reach all Canadians, including in a diversity of languages, became clear during the course of the COVID 19 pandemic. The Government of Canada and Canadian provinces and territories have sought to ensure that critical public health information reaches diverse communities in languages that reach into the heart of these communities.

According to Statistics Canada, 1 in 5 Canadians – over 7 million citizens –identify a non-official language as that most spoken at home. Clearly these multicultural ethnic communities have needs and interests for Canadian programming and services in their languages. Let’s make those communities a full part of the system.

To do this –to provide programming created by and directed specifically to third-language and racialized persons in Canada – we need Canadian services with their roots in these communities.

Our proposed amendments address this need.

Yours truly,
[Submitted electronically for]