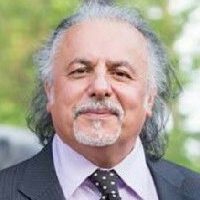 esident of the Canadian Ethnic Media Association (CEMA) has a long history when it comes to communications, film and diversity. Kiumars (Kiu) Rezvanifar was born in Iran where he lived until 19. In 1979, he moved to the U.S. and received a BS in Media Systems and Management from Westfield State University in Massachusetts. After graduating he produced and directed various projects for television stations, government and the private sector. In 1988, “Shifting Gears”, one of his projects for the State of Massachusetts, won the first place in the New England Heritage Competition

Kiu replaces Dat Nguyen, Publisher of the Thoi Bao Newspaper and CEO of Webnews Printing, which he started in 1998. He started Thoi Bao, the newspaper for the Vietnamese community in Canada, in 1986, and has seen it through several successful stages. He is considered one of the most respected figures in Canada’s Vietnames community, bringing a unique perspective to CEMA. Dat has a chemical engineering degree from Dalhousie University, from where he graduated in 1980. In 1989, Kiu moved with his family to Toronto, where he founded K V C Communications Group specializing in communications and broadcasting. In 1993 he launched “IRAN ZAMEEN” on CBC affiliate CHEX, the first one-hour Farsi language television program targeted in Ontario.

The Iranian Community’s reception of IRAN ZAMEEN was so successful that in 1996 Kiumars launched his second program, “PASARGAD” on CFMT Channel 47 (at present Omni TV). By working closely with the Canadian Government at the Federal and Provincial levels, Kiumars has made sure that these two television programs have been utilized efficiently to achieve their objectives of preserving Iranian cultural heritage and promoting Canadian values. He also produced video and television projects for Rogers Wireless, Canadian Pacific Hotels, United Nations, Hong Kong Tourist Board Association, Columbia University, York University, Toronto University, Encyclopedia Iranica, United Way of York Region, Mental Health Commission of Canada, Times Group Development, Baghai Development, and Deloitte and Touche, to name a few.

He also produced and directed “Born to Run”, a documentary about the Canadian Olympic runner Ben Johnson, shot in Jamaica and Canada for the European broadcast. In order to create a strong platform to introduce and showcase the Iranian colorful cultural and historical ceremonies in Canada, in January 2000, he founded IRANIAN CANADIAN CULTURAL FELLOWSHIP (ICCF), where he serves as a President. Since then ICCF has organized many successful events such as Iranian New Year ( Norouz), Thanksgiving (Mehrgan) and other cultural celebrations in Toronto in which many Canadian government representatives and officials have participated. Kiumars was a member of “Toronto 2008 Olympic Bid Outreach Committee” where he also served as a member of the Speakers Bureau. In 2003 Kiumars was invited to join the seven Member Advisory Board of the then newly established television station, TORONTO 1 to help reach diverse communities. On the Canadian political side, Kiumars has been an active contributor at the both federal and provincial levels and he has served on various committees, where his extensive knowledge and experience of diversity throughout Canada has been recognized. In 2003 he was awarded Queen’s Golden Jubilee Medal. In 2004 Kiumars produced his second documentary feature, “Unveiled Dreams” showcasing Iranian-Canadian successful women in Canada which was broadcast on Omni TV.

On February 2005, Kiumars was appointed to the distinguished Board of Directors of the United Way of York Region, serving on the Marketing Communication Committee and Governance Committee to assist this respectable charity organization with its humanitarian task and operation. In 2008 he was asked to serve on the 2008 UWYR Campaign Cabinet. In 2006 he was also invited to join as a member of the Marketing Committee at the Ontario Heart and Stroke Foundation. Kiumars has been a member of CEMA since 1995. In 2006 he was elected to the Board of Directors, where he served as a Vice President and Chairman of Marketing and Special Events Committee. In 2012 he was elected as President of CEMA. In August 2006, Kiumars was appointed by the former Ontario Premier Dalton McGuinty to the Board of Directors at Ontario Media Development Corporation where he served on the Communication Committee.

In 2009, he was reappointed for the second term.  Since 2009, Kiumars also has been a member of the Program Committee and Marketing Committee at the Canadian National Exhibition Association (CNEA). In 2012 the Iranian Canadian Congress invited Kiumars to join their prominent Advisory Board. In 2012 Kiumars produced his third documentary project “Hakim, a vision of success” about the life of Karim Hakim the founder of Hakim Optical stores in Canada. This project was shot on locations in Mexico, Belize, and Canada and it will be aired on OMNI TV stations. In September 2012, Kiumars launched his first publishing project “Persian Tribune Magazine”, an English language monthly publication targeted toward the second generation of Iranian Canadian professionals and it has received great feedback from the Iranians as well as non Iranian readers. Kiumars has been also consultant to several advertising and marketing agencies about the ever growing ethnic market in Canada. He has been interviewed by major media outlets such as CBC, Voice of America, Russian Satellite Television, Global Television Network, OMNI TV and City TV. On November 30, 2012, Kiumars was the recipient of the Queen Elizabeth Diamond Jubilee Medal.