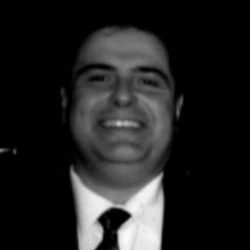 Vasil Yancoff was born in Toronto, Canada, to parents of Macedonian origin. He graduated from Toronto’s Centennial College in 1984, receiving a diploma in Radio and Television Arts. On placement he was hired as a news and sports reporter for CJCL Radio in Toronto.  He went on to work as a junior hockey reporter for the Globe and Mail, and wrote a feature article on his parent’s homeland, Macedonia. Upon his return to Canada, he produced the Macedonian Mosaic program on City-TV for two years, before beginning a 29-year association with OMNI Television.

The Macedonian Heritage Hour is the Canadian Macedonian community’s lifeline to their heritage. The program has featured interviews with many prominent Canadians, including superstar hockey players of Macedonian descent — Steven Stamkos, Ed Jovanovski, Steve Staios, and Jose Theodore.  Vasil Yancoff is also the producer of two documentaries financed by OMNI Television’s documentary fund: “The Late Bloomer: Ed Jovanovski” and “Georgi Danevski: Confessions of the Heart”. Vasil is Vice-President of the Canadian Ethnic Media Association.