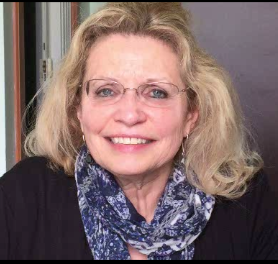 Anna was the Executive Director of the Canadian Ethnocultural Council, a national non-profit organization representing different ethnic communities across Canada. She has worked in the area of human rights, employment equity, race relations and multiculturalism with several institutions and government agencies, including the Ontario Human Rights Commission, Algonquin College, Ottawa Regional Government and Boards of Education.

In more recent years she ventured in documentary film production and produced community videos and documentaries including SOS Arandora Star, Fallen Heroes Pilati 1943 and The Story of Quilt of Belonging.

Anna has been involved in a number of community organizations including The Famous 5 Ottawa and served on the board of The Dante Alighieri Society of Ottawa, Villa Marconi a Long-Term care facility and Quilt of Belonging. She is founding member of FILO’ an organization celebrating the achievements of Italian Canadian women in Ottawa. From 2005 to 2004 she was a member of OMNI Rogers Television, Community Advisory Board member (2005-2010). Anna has a Bachelor of Arts from University of Ottawa and studied in Italy at the University of Genova.

She was born in Italy and came to Canada as a child with her family in 1959. She lives in Ottawa with her husband and daughter.