Standing Up for Canada 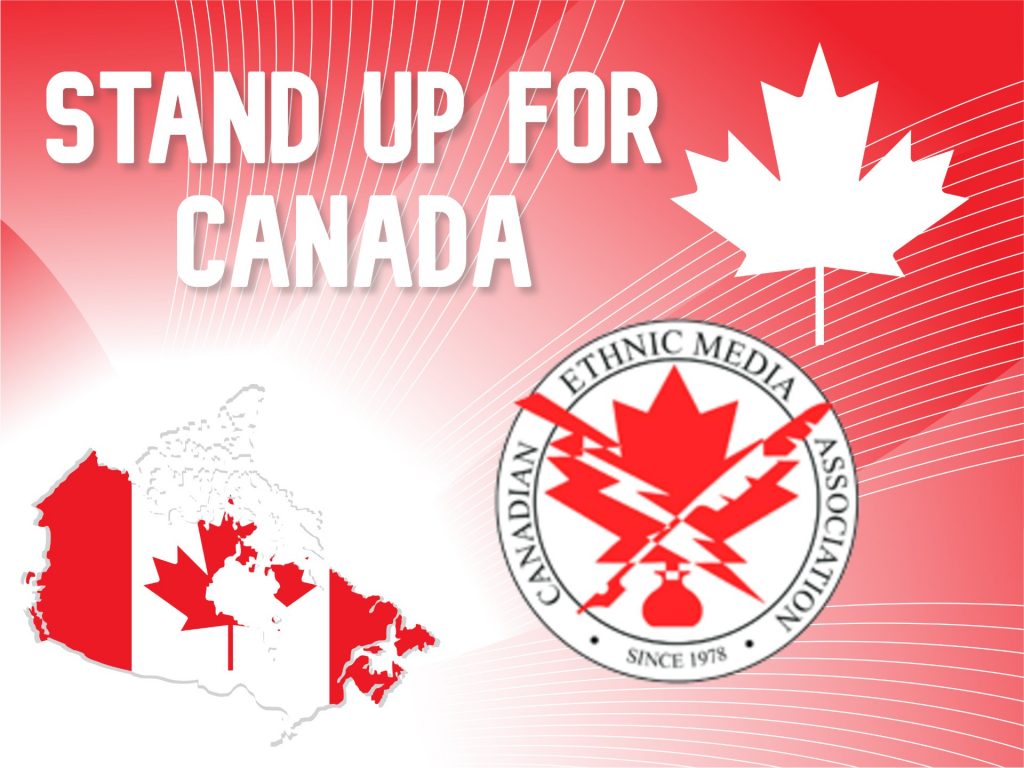 (TORONTO.  April 9, 2020) In an open letter addressed to Prime Minister Justin Trudeau, the Canadian Ethnic Media Association calls on the country’s Federal and Provincial Governments to reach out directly to all ethnic media, as the most effective means to inform Canada’s diverse communities about the Coronavirus Covid 19 Pandemic.

As the virus sweeps rampantly across Canada, and indeed the whole world, CEMA Chair, Madeline Ziniak, urges all levels of government to recognize the importance of communicating with new, and older, more vulnerable Canadians in their primary languages of comfort.

Ms. Ziniak, speaking in a video presentation on behalf of the Canadian Ethnic Media Association, expresses concern that information has not been received directly from any level of government.  “We realize this is a very busy time, but it is necessary for governments to harness ethnic media to address this crisis, and to serve as a conduit to ethno-specific communities”, says Ms. Ziniak.  The video, released today, is entitled, Stand Up For Canada.

In the video, Ms. Ziniak, in conversation with Dora Konomi of Itoc Media (Agape Greek Radio) describes the fear and confusion, especially among older, more vulnerable Canadians, over the rapid acceleration of the disease, and the measures that must be taken to mitigate its effects. Important concepts such as physical or social distancing, staying at home, and practicing good hand hygiene are best conveyed directly in primary languages of comfort. Navigating the intricate labyrinth of applying for financial assistance can be made less daunting if explained in the mother tongues of the ethno-cultural communities.

Canada’s ethnic communities rely on their language-specific media to keep them informed of developments here and abroad. “Ethnic media is a source of message distribution which provides information to approximately 250 ethnic groups and communities in Canada”, explains Ms. Ziniak. They have quick access to hundreds, if not tens of thousands of community members whose first language is neither English or French.”

While many ethnic journalists have tried to keep abreast of the world situation by turning to mainstream media and translating important updates and details, they can better serve their communities if such critical information is sent directly to them. With their insight into the sensibilities of the cultures they represent, they can build broader awareness among their community members, and generate informed inquiries and responses to government programs.

Ms. Ziniak emphasizes the important role ethnic media continues to play in reaching Canada’s diverse demographics, and states the “Canadian Ethnic Media Association is ready and willing to do its part to assist the flow of information to those who need it. The time is now.”