This shiny, new webcast production, hosted by Angie Seth, Anchor of CTV News Channel, Toronto; and well-known Edmonton broadcaster, Stacey Brotzel, is an east-west elbow bump salute to the national scope and importance of CEMA’s long-standing charter members, and to all of Canada’s ethnic media.

As many of you know, the CEMA Awards recognize outstanding achievement in the categories of Print, Radio, Television, Internet, Podcast – News, Podcast – Feature, Documentary, Innovation, and new this year, Community Engagement.

The 2021 competition drew such a large and gratifying response across all categories that the jury of independent judges, opted to create more opportunities to celebrate the best work of so many entrants.  They split the Podcast category into two distinct divisions, News and Features, enabling recognition of two diverse, yet very impressive submissions. They also unanimously voted to introduce the Community Engagement category to honour a high-quality, special production borne of a cross-cultural initiative.

Despite the challenges presiding over this very difficult, virus-infused year, the Association proudly rose to the occasion by hosting its first-ever virtual presentation.  CEMA chose to be true to its mandate, and pay respect to its many years of accumulated experience, momentum and continuity, all in an effort to recognize the best work of its contemporaries.

CEMA is calling its national membership, and all those interested in the important achievements of some of Canada’s most compelling and hard-working journalists to tune in. Sit back, enjoy the moving performances, listen to the Winners’ joyful acceptance speeches, and watch clips of their award-winning submissions – all from the comfort of your home.

CEMA is grateful to the organizing committee who generously volunteered their time and expertise to plan and execute this ambitious project. Special recognition and thanks to Board Member and Television Producer Stan Papulkas, President of Hydra Films Inc., whose tenacity and technological skills led the committee through the arduous task of turning this virtual celebration of Canada’s ethnic media into a reality.

THANKS TO THIS YEAR’S JUDGES

A shout out to the panel of independent judges for their insightful adjudication, and thoughtful decision to open the awards to more recipients this year.

The Newfoundland and Labrador English School District Choir
More than 100 Newfoundland and Labrador English School District communities come together in a musical video compilation of the national anthem, Oh Canada, designed to celebrate our collective strength and unity in the face of challenges presented by the COVID-19 pandemic.

The Shumka Dancers
In celebration of International Dance Day, the Shumka Dancers present Isolation Hopak, a compilation of Classic Hopak choreography performed by members of the company in isolation and edited together by the fine eye of Senior Creative Director Les Sereda.

Andrea Ramolo
Andrea Ramolo’s first original composition in Italian, written, played, and produced in quarantine is a love letter for Italy during this global pandemic.  UNA LETTERA (‘A Letter’) is a love letter to a country that Andrea holds dear to her heart and loves like her own… the country both of her parents were born in.

Natalia Chai
Edmonton based, Natalia Chai is an independent, solo R&B/Neosoul singer-songwriter. Classically trained in piano since age 6, she’s drawn to the nostalgic tunes of talented artists like Alicia Keys, and attracted to many of today’s influences that include Mac Ayres, PJ Morton, Nao Yoshioka and many more.

On its 42nd Anniversary, as it ushers in a new era of virtual awards presentations, the immediacy of social media, and the efficacy of high energy representation and advocacy, CEMA marks this momentous occasion with the launch of its new logo.

In addition to recognizing the outstanding work of ethnic journalists across Canada, the first virtual awards presentation, along with all of its collateral materials, feature the unveiling of CEMA’s new logo – a contemporized re-imagining of the legacy emblem that has been symbolic of the Association’s adherence to bold and incisive reportage since its inception in 1978.  The new logo reflects the fundamentals that inspired CEMA founder Sierhey Khmara Ziniak to rally the country’s first collective of ethnic writers and journalists, while also saluting today’s technical and philosophic advancements in newsgathering and dissemination.

THANKS TO OUR SPONSORS

THANKS TO OUR PROMOTIONAL PARTNERS 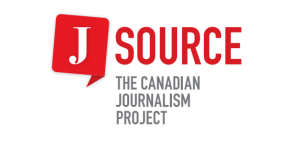